Fresh from the well-oiled machine that is DMT Tapes FL comes this luscious 4-track of slurpy hydration tunes. Seafoam by INDIGO / CORAL / SEAFOAM – part of a conceptual project, the first chapter of which you can find here – the release has big washed-out retro vibes and that heavenly DMT sonic distortion I love so much!

Lush and foamy, crushed and delicious – conjuring visions of the golden coast of candyland, with sandy sweets underneath your feet. Brief yet utterly satisfying, like a morning visit to the beach. Sea Spray (Not to be Confused With…) has got to be my favorite track, it’s like lathering on some luxurious glitter soap and having a relaxing soak….

Hey gang! I am back in action and feeling better than ever! I have been discovering so much wonderful music lately I simply cannot hold back from telling the world!

One thing in particular that has sparked a lot of energy has been exploring the CHOON platform – its vibe has taken me back to the old SoundCloud days, and I have simply adored lurking around the website for quality music. So to help usher back in this sonic exploration, head over to my Choon page (currently operating under my OHSAURUS moniker) and give a listen to Mellow Choons Vol.1 !

I will be posting more frequently – sounds from the underground as always – from the depths of bandcamp, soundcloud, and anywhere else I can find aural experiments! As always feel free to send your submissions my way – twitter tends to be the quickest way to reach me, however the good ‘ol submission form always works too! Anyways please enjoy, see you on the other side….

Chihei Hatakeyama is a sound artist , an organizer and mastering engineer who was born in 1978, and lives in the Tokyo. He has performed for years under his given name and also as one half of the electroacoustic duo Opitope, along with Tomoyoshi Date. Hatakeyama got involved in playing music through strumming a electric guitar in a few rock-oriented bands in his teenage years. Subsequently a laptop computer superseded his bands as his main platform. Hatakeyama polychromes memory- evoking soundscapes with various recorded materials of acoustic instruments such as guitars, vibraphone, and piano; mostly played by hand and processed time and time again via laptop. His first album Minima Moralia was commissioned for release by the Chicago-based label kranky in early 2006.
Since then his many album was released by Room 40, Under The Spire, Hibernate Records, Magic Book Records, Home Nomal, OwnRecords, Spekk, Dronarivm, Constellation Tatsu, Glacial Move- ments Records and his own label White Paddy Mountain. In 2013 Hatakeyama founded the record label White Paddy Montain, which since then has released over 40 recordings by some of the most accomplished musicians and modern ambient musicians, Shoegazer and folk musicians in Japan.
Recent years Hatakeyama continues to evolve his sound by analog synthesizer, modular synthesizer and compact guitar effector. Hatakeyama approaches some modular synthesizer and electric guitar drone project with an expectation of new directions.
www.chihei.org chihei-mastering.com

Mix and Mastering by Chihei Hatakeyama 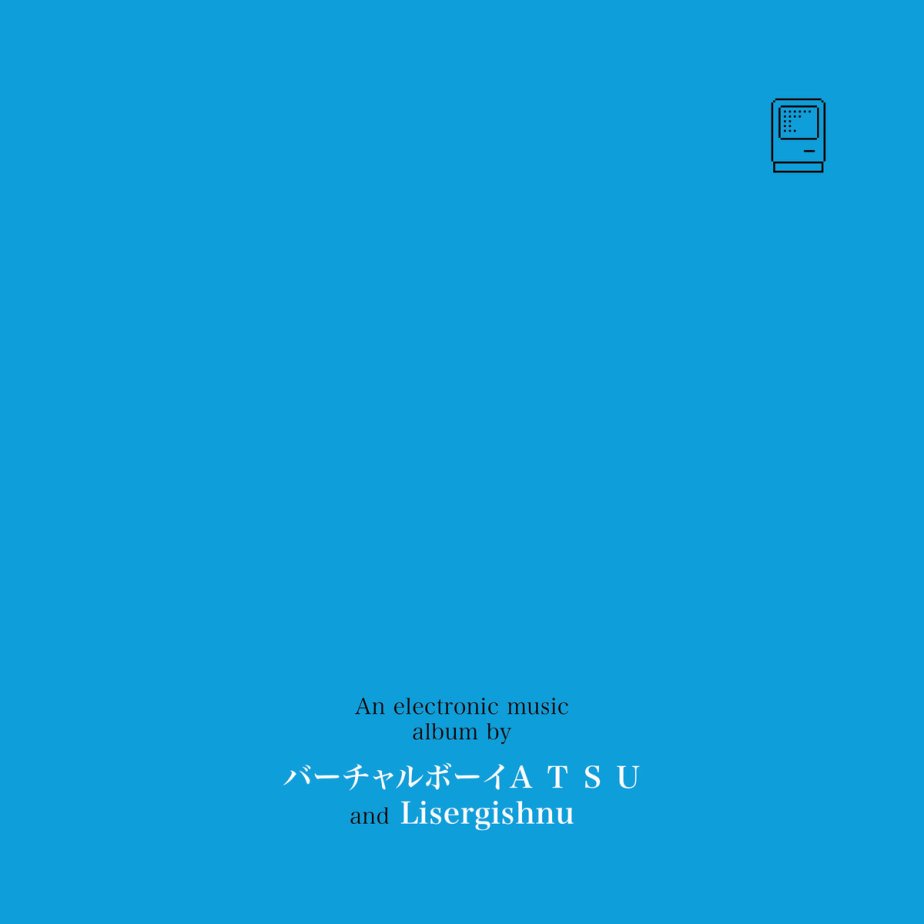 Adhesive Sounds presents another marvelous project in This Is Reverbtronics, by バーチャルボーイＡ Ｔ Ｓ Ｕ and Lisergishnu. Lingering somewhere between Vaporwave and Synthwave, Reverbtronics does a splendid job of building an environment using a sonic toolkit. Dystopian and desolate, yet sprinkled with endearing hope.

Everyday, computers around us leave waves of resonance in our
lives. The binary echoes in our minds, from which our affection
to connectivity cannot be hidden.

Plastic cases hold the intrinsic desires of progress, plastered in
electrical traffic encoding our souls. Hidden pagodas which
manage our information highways beneath the soil.

Loneliness can be just an option for those immersed in this clash
of magnetic dissonance illuminating our world.

The project is available for download or pick up a limited edition Cassette via bandcamp! 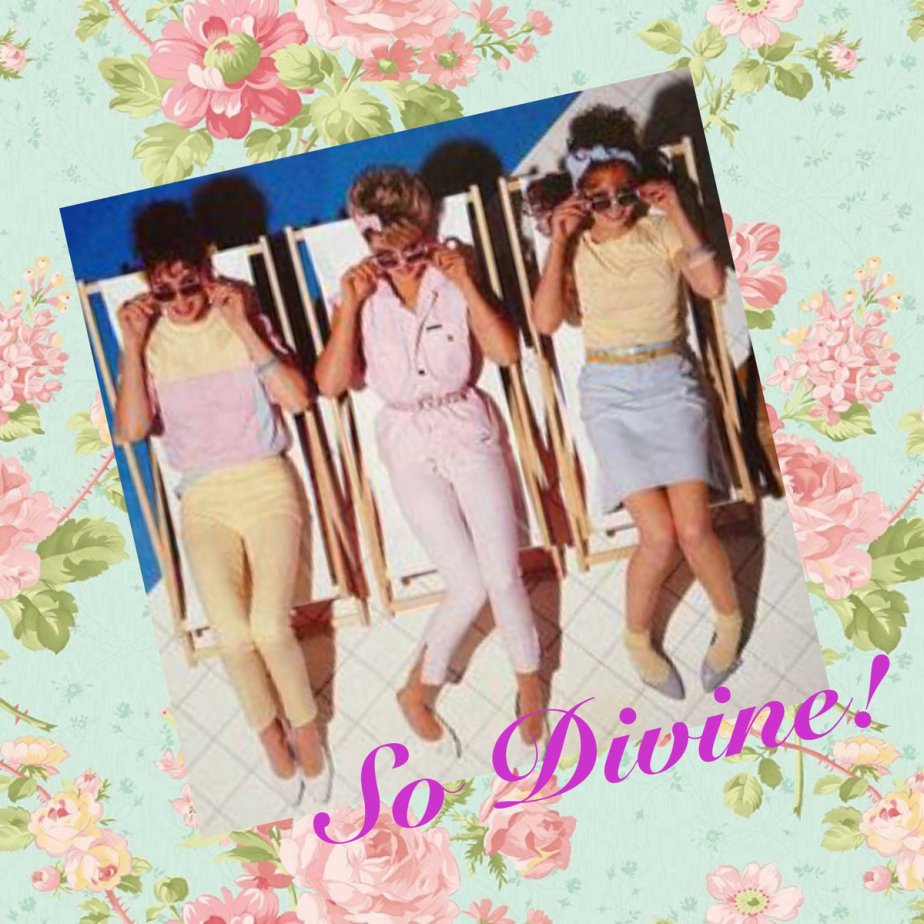 So Divine! is a new vaporwave album by producer Skyline Divine, released April 9th by Adhesive Sounds. The project is light-hearted and drenched in sunny California-Retro vibes. Loosely a concept album built around an awkward teens first love experience, it’s easy to close your eyes and imagine these tracks playing out as the soundtrack to this heartwarming story.

A lonely teen is thrown into an expensive, neon pink covered world they call San Fernando Valley. It didn’t matter how much time she spent on her hair and make-up, she couldn’t find love… until today. She finally feels like she’s ‘all that… and a bag of chips!’ She couldn’t believe it! The hottest guy in the Valley noticed her and invited her to his private yacht party!

The Album is available to download via Adhesive Sounds bandcamp at the price of your choice.

Truly a dank tape, marrying vaporwave concepts with harsh noise, approaching the boarders of witch-house at moments! Each track is dense and spooky, filled with warped synthesizers and fuzzy low-end. The project weighs in at 12 tracks, you must purchase the Cassette version to hear the final track though! You can also download the album via Section 9’s Bandcamp.

Fresh from Berlin’s Avian Label is this collection of hypnotic tracks by 400PPM. Locked Grooves is a collection of experimental techno loops constructed by Shawn O’Sullivan. The release itself is 10 tracks of raw, relentless electronics, with satisfying jagged edges. I would even dare to call this a Punk interpretation of techno, with the often distorted tones buzzing from track to track, as well as the startlingly short track lengths (most tracks barely breach the 2-minute mark!).

All in all, its a breath of fresh air in the oft-over-produced techno scene. You can scoop the digital album for free now via Avians Bandcamp.

Denmark Netlabel Phinery recently put out a slew of tapes simultaneously for December, and among the brilliant batch was this release “Through the Portal” by Pulse Emitter.

This meditative electronic project is satisfying and melodic. 8 tracks fronted by synth chimes and drones, accompanied by hollow percussion and pulsing bass tones. Some tracks have more traditional composition, with others venturing into much more experimental territory. All in all its a great listen from start to finish, and it probably sounds even better on Cassette!

You can purchase the Digital Album/Cassette via Phinery’s Bandcamp. Also available is a fantastic December Tape bundle, this tape plus 4 others for only $25 bucks!

There is a constant struggle between the organic and inorganic aspects of our personal nature—an effort aided by the drive to define our own physical boundaries through intangible experiences and ephemeral thoughts. But for Portland-based musician Daryl Groetsch—who records curiously reassuring and intricate synthesizer music as Pulse Emitter—this determination isn’t given credence by volume or density but by an emotional center around which everything else revolves. He peers deeply into our relationship with our environment and positions himself as a mediator of sorts between the fierce wilds of our instincts and the calming constancy of nature. He possesses a particular fascination with the hold that the environment and memory hold over people and discovers mesmerizing ways in which to link each influence to certain emotions.

Scattered across the tracks of his latest release, “Through the Portal,” Groetsch maintains an intimate connection with both his audience and their perceptions of his freewheeling rhythmic insight. Over the course of eight songs, he applies his new age prudence to determine whether individuals have an innate need for natural connections, or whether we’re simply a collection of pinging neurons in the service of a dispassionate body. He surmises that there could be a case made for either reality, but he’s certainly offering us evidence to support the former supposition. Imbued with glacial synth melodies, found sound maneuverings and a mischievous sense of imagination, “Through the Portal” finds Groetsch supplanting all doubts with one of the most beautiful and electronically pastoral releases you’re likely to hear this year.

echochambers latest release is part of the label New Worlds latest cassette-tape-box-set project dropping in a few days; when they benefit is an excellent long-player of stellar beats and melodies. Blurring the line between hip-hop beat mentality and vaporwave sonics, echochamber masterfully crafts these 20 tracks into something equally addicting and satisfying. I particularly enjoy his choice of synth tones and overall mixing, all with a subtle nostalgic sci-fi tone.

You can pick up the album digitally today for only a buck! Or you can wait until the 7th when this tape along with 4 others will be available in a limited edition box-set from the label. 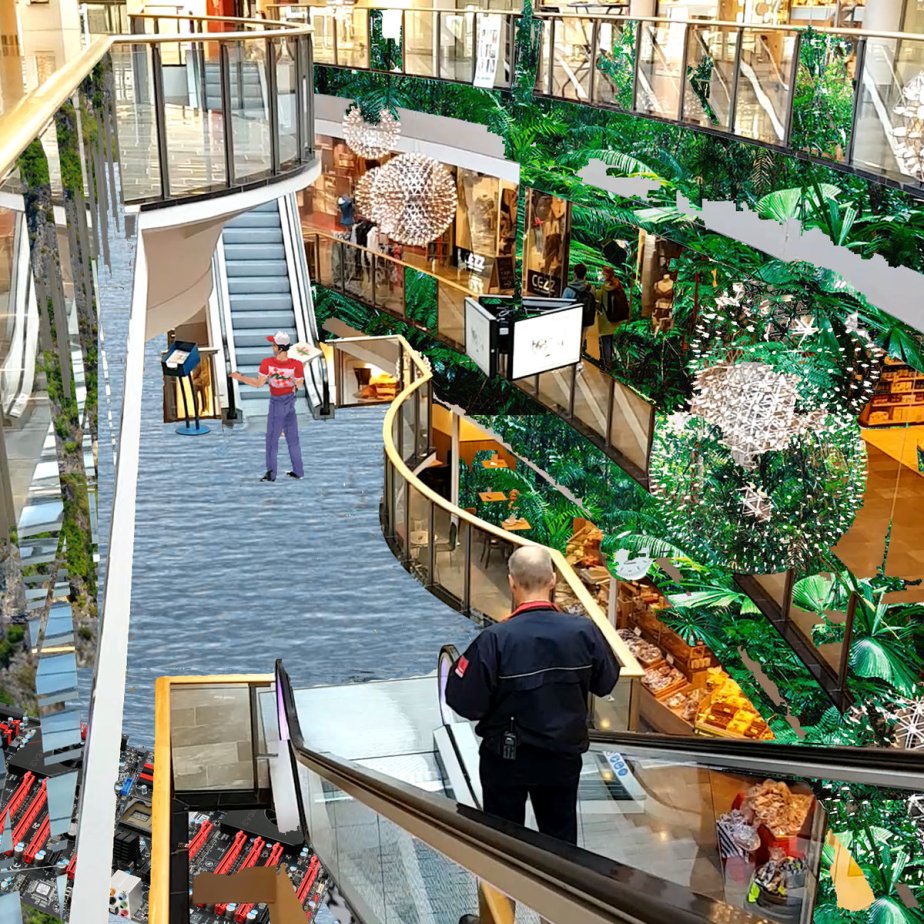 The ever-lovely Cats Corp brings us another mix of mallsoft tunes as relaxing as any trip to your local shopping center. Usual culprits here of blissfully chambered sounds, tons of soulful solos and brilliant progressions. Enjoy this 6-track project now at the price you choose via the artists Bandcamp page.