Surrender is the latest EP from Québec bedroom artist Alexia Avina. Much like her previous work, this project is glittering with mellow brilliance. Achieving a vibe somewhere between melancholy and hopefulness, its quite a satisfying listen. You can grab the EP at your chosen price via Bandcamp.

And if that wasn’t enough, thanks to Moon Boy Records, you can purchase the project on a split Cassette, featuring a bonus B-side EP from Desert Bloom.

the last months of 2016 for me were a period marked by the practice of surrendering with equal reverence to a complex flood of emotions, difficult endings, and budding beginnings… i’d like to think this batch of songs emerged from that same stream.

available as a * very cute* split cassette with desert bloom at:
moonboyrecords.bandcamp.com/album/alexia-avina-surrender-ep-desert-bloom-ep2

written, recorded, and produced in my bedroom in separate spontaneous bursts on my rc-50.
special thanks to nick scho, tibo, mikael tobias and eric seguin for the ableton tips and tricks. 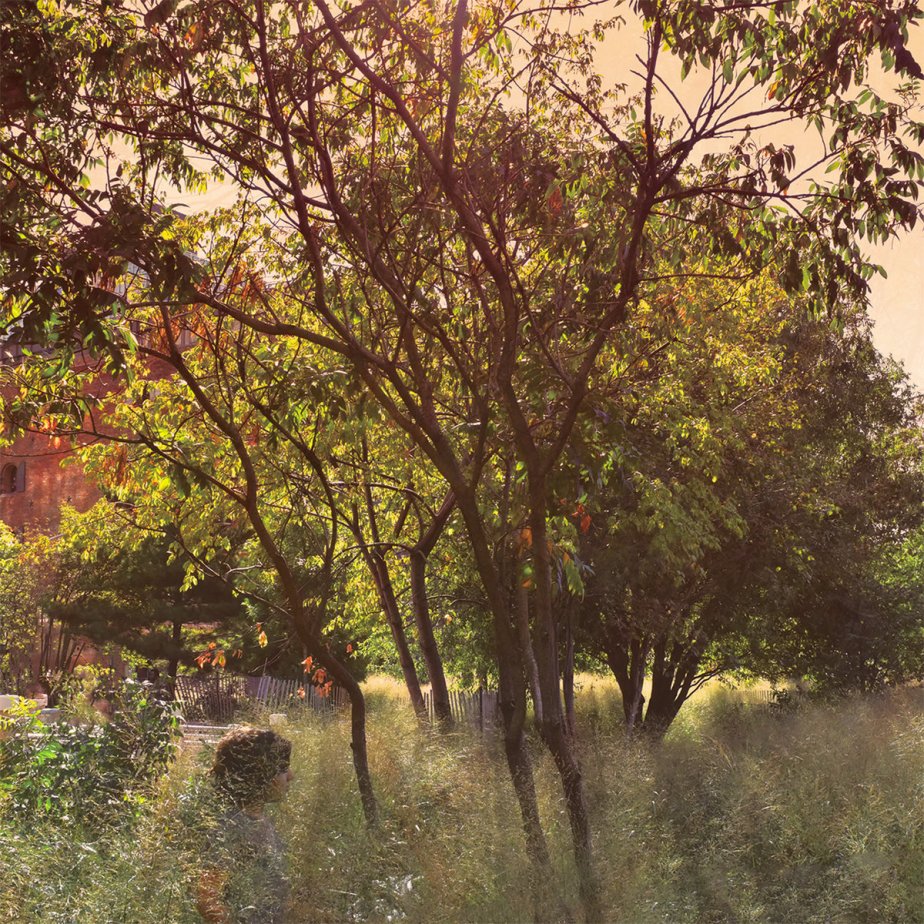 Fresh from Lillerne Tapes out of Chicago, Tint is a gorgeous ambient album by Tokyo producer Rhucle. The project is a beautiful collection of 7 relaxing tracks, all of which do a great job painting a sonic picture as blissful and relaxing as the Album Artwork.

Rhucle does a magnificent job blending sweet melodies with natural recordings. The result is meditative and relaxing. At this moment, you can still pick up the project on Cassette Tape, or download the Digital Edition via Lillerne Tapes Bandcamp.

I first heard of Tokyo’s Rhucle through 2015’s Summer Candle CS via Oxtail Recordings. The perfect mixture of natural sounds and outdoor field recordings set against quietly drifting synth melodies struck a chord immediately and I was hooked. Tint is another reflection on the power of these natural elements and recordings in relation to the emotive and soothing musical accompaniment floating nearby. These are intricate compositions made with great care and consideration—both humbling and cathartic at the same time. Edition of 50 pro-dubbed Type II/Chrome cassettes with full-color, double-sided artwork.

Here is some fresh meditative ambient from French producer Ujjaya. As with his other works, the project is drenched in spiritual vibes and mystical soundscapes. The 9 tracks serve as a window into Ujjaya’s journey, sometimes contemplative and other times simply relaxing. Also good news for producers, this one’s released under a CC license for creative use

Ujjaya is a french ethno-ambient musician with malagasy roots. His music is mainly a reflection of his yoga practice and of his travel through Asia for spiritual purposes .
Before becoming public as Ujjaya in 2011 , Hery Randraimbololona stayed in seclusion for 15 years coming out for pilgrimage and once in a year for a live radio show. The Landing Zone is a testimony of this era.

Denmark Netlabel Phinery recently put out a slew of tapes simultaneously for December, and among the brilliant batch was this release “Through the Portal” by Pulse Emitter.

This meditative electronic project is satisfying and melodic. 8 tracks fronted by synth chimes and drones, accompanied by hollow percussion and pulsing bass tones. Some tracks have more traditional composition, with others venturing into much more experimental territory. All in all its a great listen from start to finish, and it probably sounds even better on Cassette!

You can purchase the Digital Album/Cassette via Phinery’s Bandcamp. Also available is a fantastic December Tape bundle, this tape plus 4 others for only $25 bucks!

There is a constant struggle between the organic and inorganic aspects of our personal nature—an effort aided by the drive to define our own physical boundaries through intangible experiences and ephemeral thoughts. But for Portland-based musician Daryl Groetsch—who records curiously reassuring and intricate synthesizer music as Pulse Emitter—this determination isn’t given credence by volume or density but by an emotional center around which everything else revolves. He peers deeply into our relationship with our environment and positions himself as a mediator of sorts between the fierce wilds of our instincts and the calming constancy of nature. He possesses a particular fascination with the hold that the environment and memory hold over people and discovers mesmerizing ways in which to link each influence to certain emotions.

Scattered across the tracks of his latest release, “Through the Portal,” Groetsch maintains an intimate connection with both his audience and their perceptions of his freewheeling rhythmic insight. Over the course of eight songs, he applies his new age prudence to determine whether individuals have an innate need for natural connections, or whether we’re simply a collection of pinging neurons in the service of a dispassionate body. He surmises that there could be a case made for either reality, but he’s certainly offering us evidence to support the former supposition. Imbued with glacial synth melodies, found sound maneuverings and a mischievous sense of imagination, “Through the Portal” finds Groetsch supplanting all doubts with one of the most beautiful and electronically pastoral releases you’re likely to hear this year.

This one came recommended, and boy am I glad it did. 6 tracks of gorgeous looping beauty, feathered with whimsical emotion. I am in love with this little album, its the same but different, a unique take on lo-fi ambience.